Dracophile (formerly known as RFS) was the creator and lead administrator of the Miniclip Club Penguin Forums. He was appointed as Miniclip staff in May 2006 by Ben and remained in charge of the community since its first day up through the day when his company contract was not renewed.

Dracophile was fired from his position with the company on June 1, 2011. He departed from the community for good three days later.

Prior to the release of Club Penguin on Miniclip in March of 2006, Dracophile had a history of being on the wrong side of the rules. After having been banned twice for trolling he had a change of heart with the introduction of the Club Penguin community and became their moderator in May 2006 much to the displeasure of the community as a whole. Further complications were made when he was given administrative status in August later that year. Realizing the growing tension between the Miniclip and Club Penguin communities on Christmas Day 2006 Dracophile submitted a formal proposal to open a second forum devoted entirely to Club Penguin. This forum, which later became known as MCCP, officially opened on March 2nd, 2007.

Dracophile remained an administrator on the original Miniclip forums, but because he was appointed specifically as the Club Penguin supervisor he eventually relinquished his position to Tetsumonchi.

Up until September 18, 2008 Dracophile was known under his previous name "RFS"; he changed his username as a way to further distance himself from past affiliations and his username change coincided with his departure from RFSHQ.com just months prior. Dracophile made his announcement in a thread titled "Remind me to change this thread tag someday", a reference to the "RFS THREAD" tag icon.

On June 1, 2011, Miniclip fired Dracophile from his position with the company. The reason for this was because Dracophile's annual contract with the company expired on May 31st and Miniclip chose not to renew him for another year. Dracophile had requested a substantial pay raise for his work due to the fact that he had spent five years with the company and in that time his job had become a legitimate position in the gaming industry. Rather than approve him for another year at a higher salary, Miniclip terminated his contract and appointed Krypto and "The Estonians" as replacement staff for both MCCP and the main forum.

Dracophile declined an offer to remain with the community as a Moderator; his last recorded visit to the forums was June 4, 2011.

Immediately following his termination, Dracophile re-opened his personal comedy blog GatorAIDS. Within days of re-opening the site, attackers from Miniclip's main forums spamclicked the ads resulting in a permanent suspension from Google's AdSense program. A false piracy report was also submitted to Jelsoft, the providers of GatorAIDS' vBulletin forum, resulting in a short downtime stemming from some coincidental missing paperwork.

GatorAIDS rolled along for several months without much footing. Dracophile self-published his first book, Nintendon't: 25 of the Worst Video Games Ever, during this time to help make ends meet. In October 2011, the passing of a friend resulted in Dracophile taking an extended leave from the website until the end of the year. By 2012 GatorAIDS had stagnated and became unmarketable due to AdSense suspensions, delinquency, and lack of an audience.

He resurfaced briefly in September 2013 on the Reddit community /r/mccpforums and later posted an AMA in November. He stated he had taken time off to focus on his personal life and find a new job. 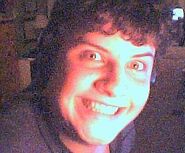 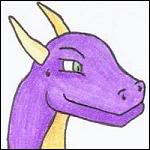 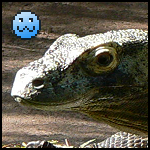 Retrieved from "https://mccp.fandom.com/wiki/Dracophile?oldid=6311"
Community content is available under CC-BY-SA unless otherwise noted.